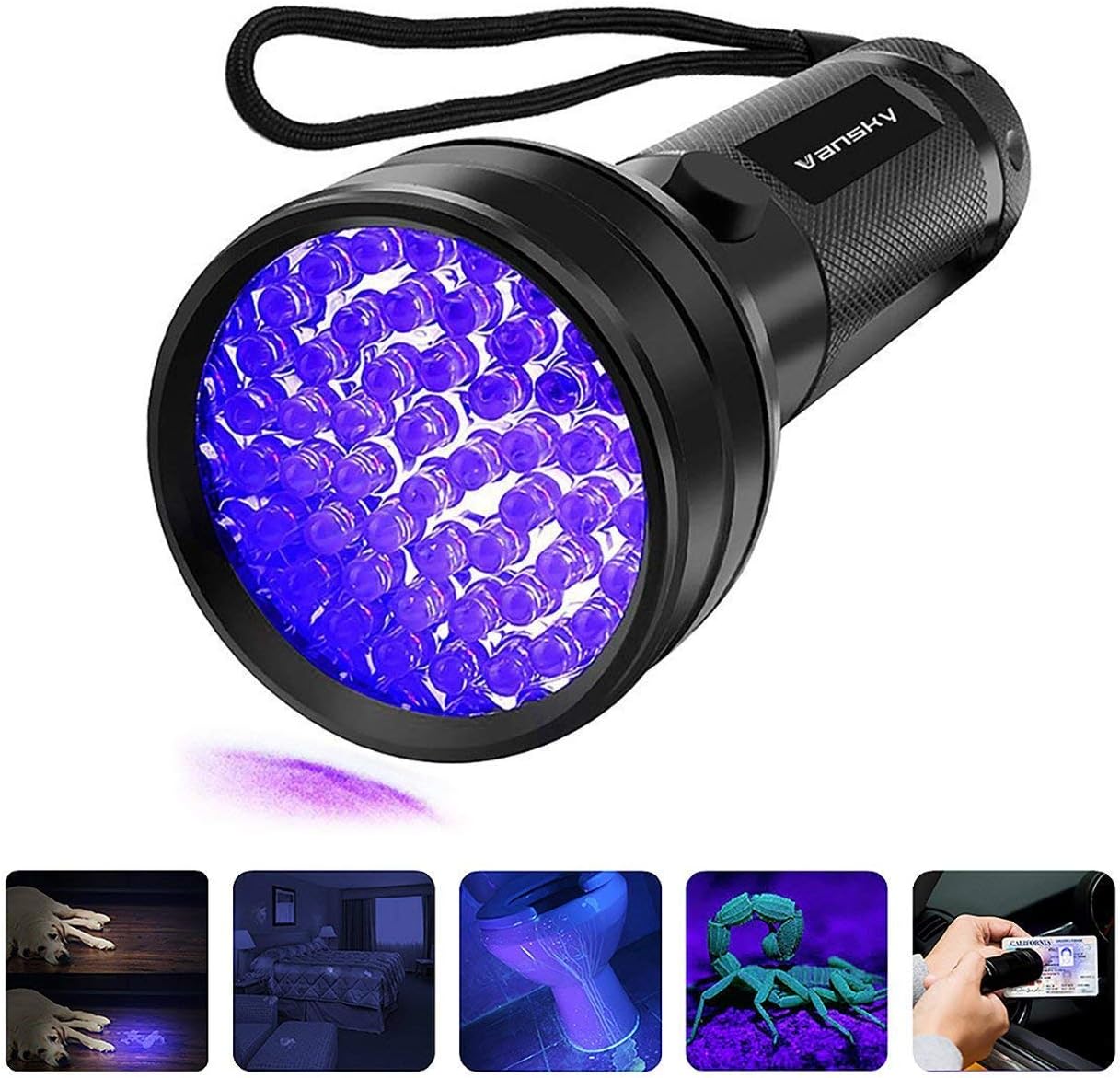 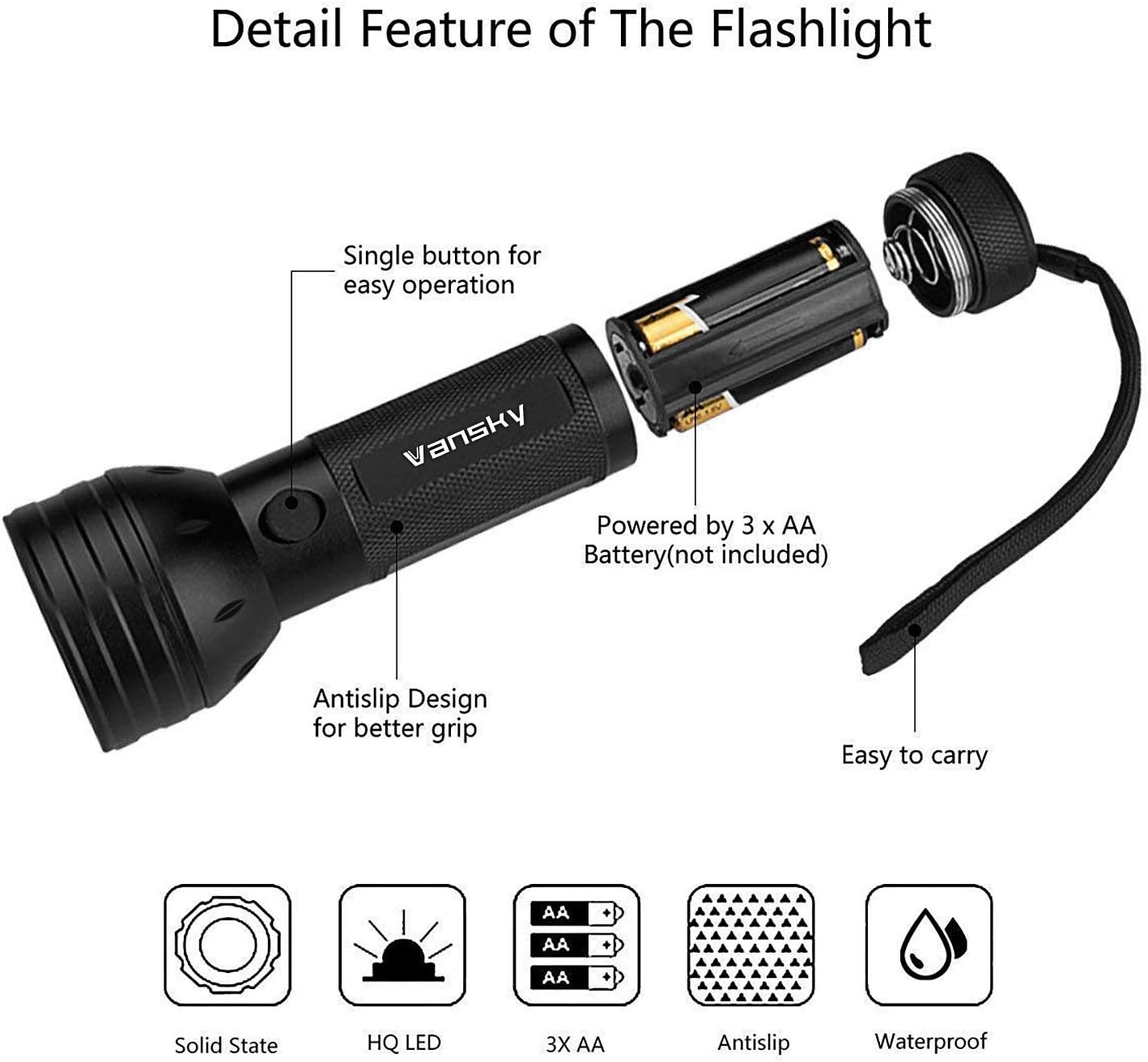 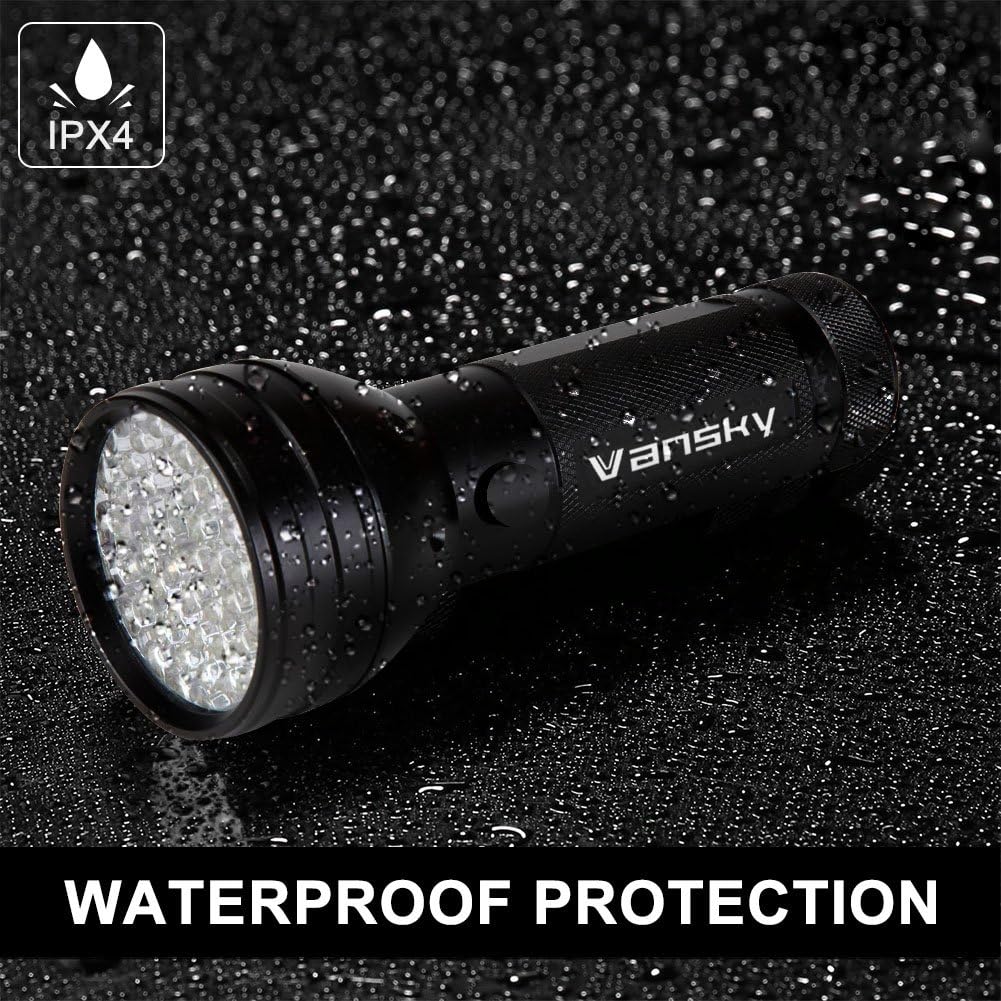 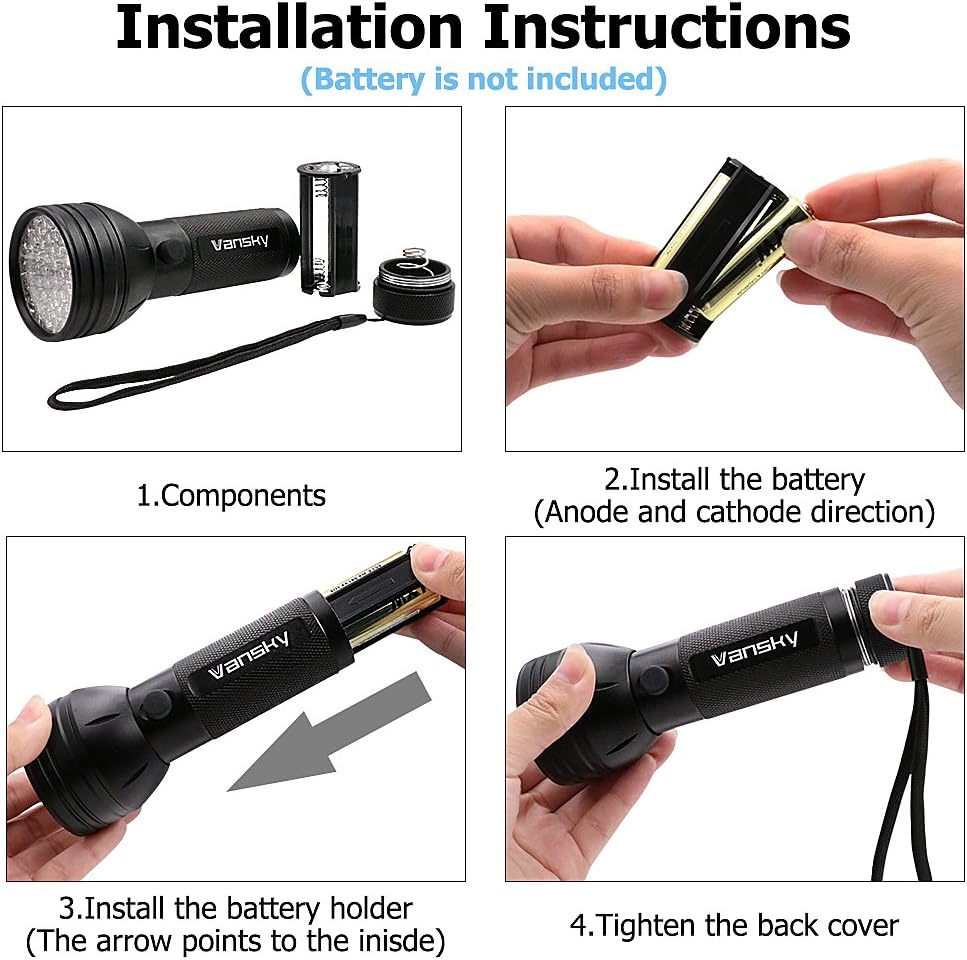 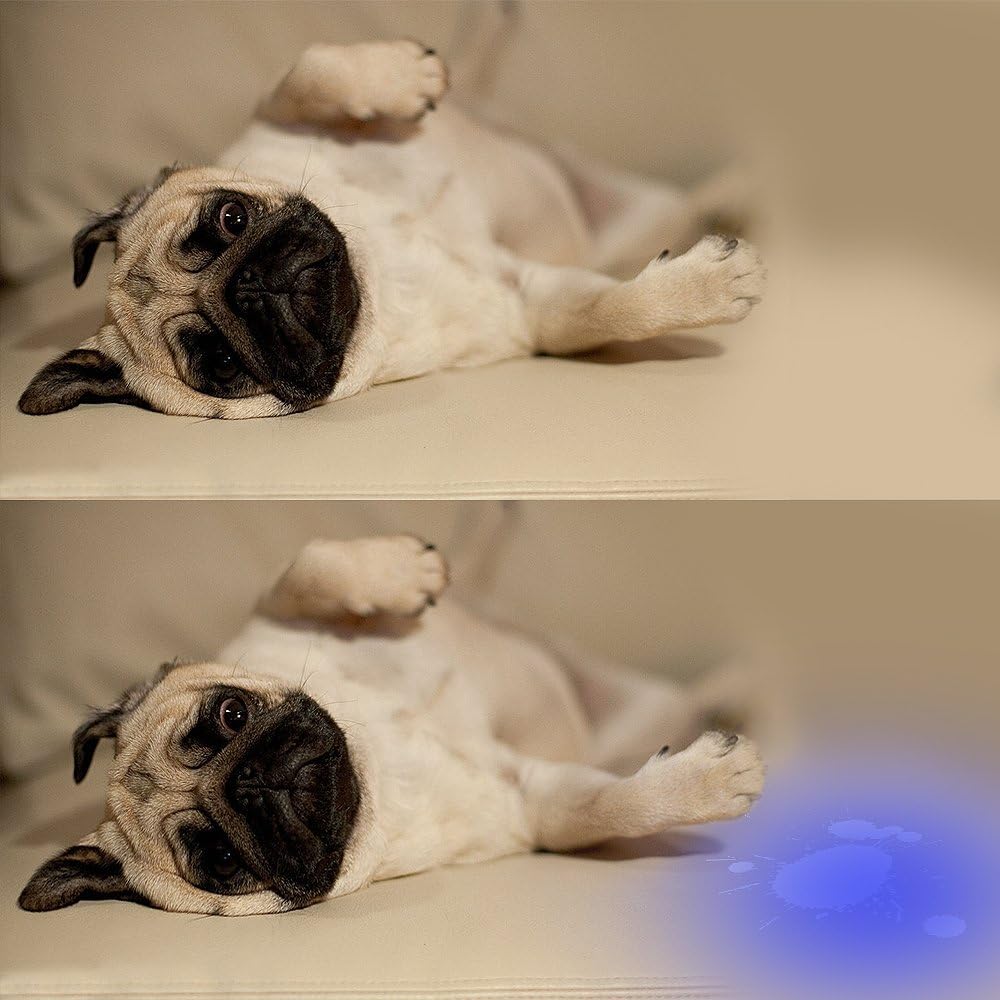 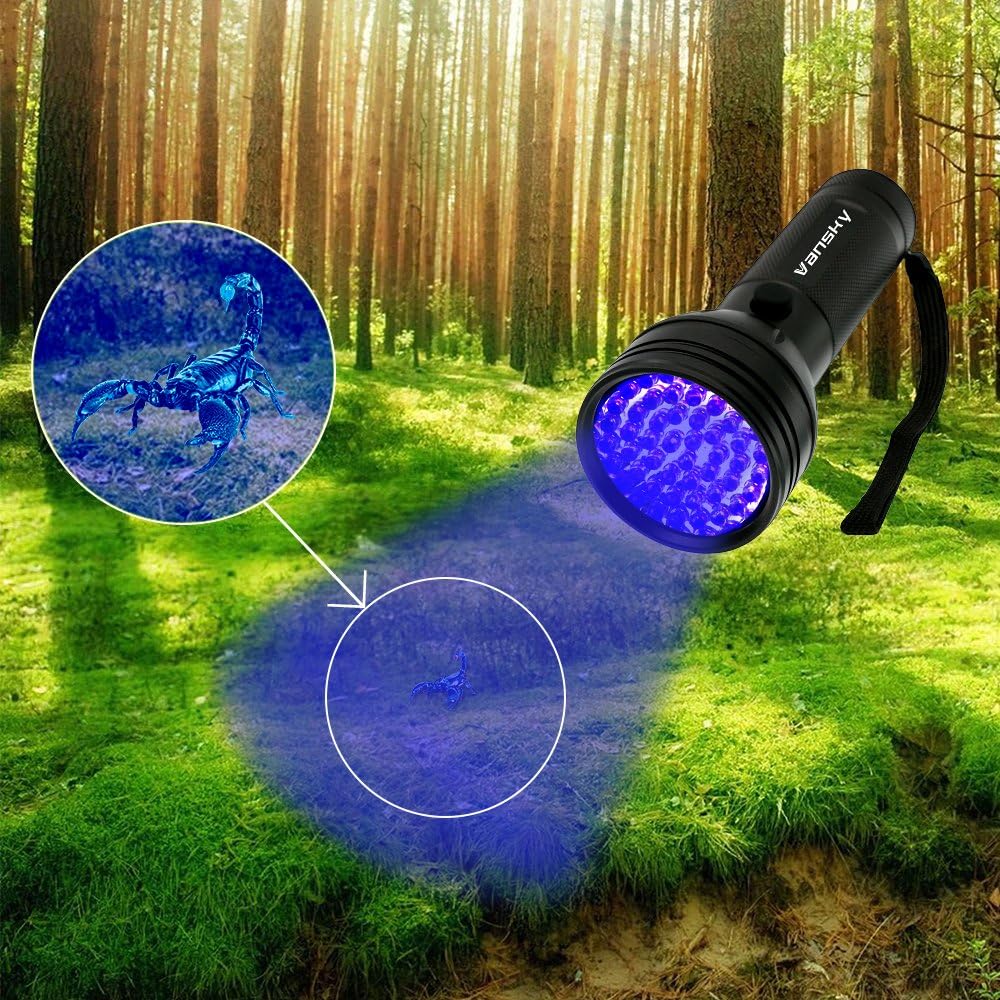 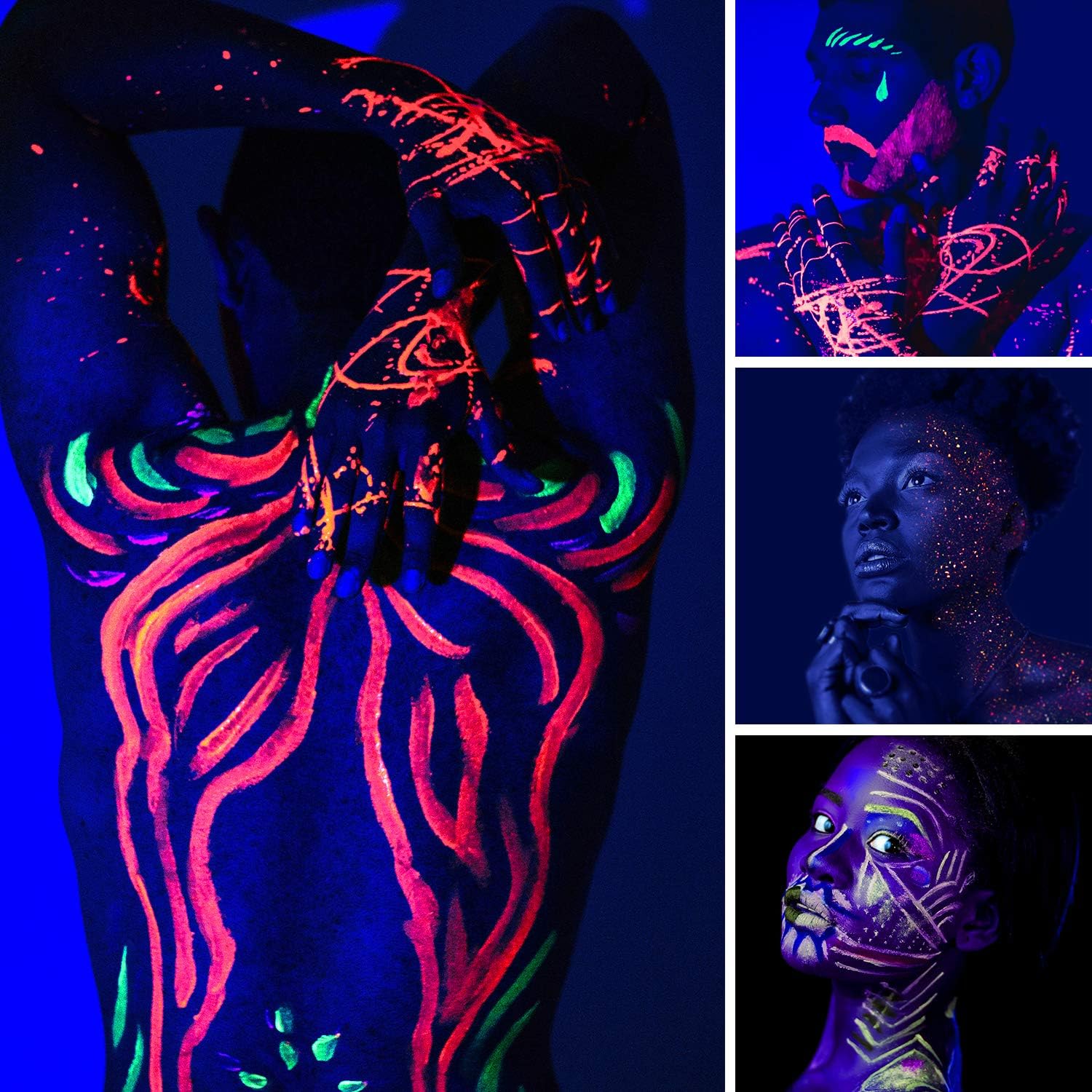 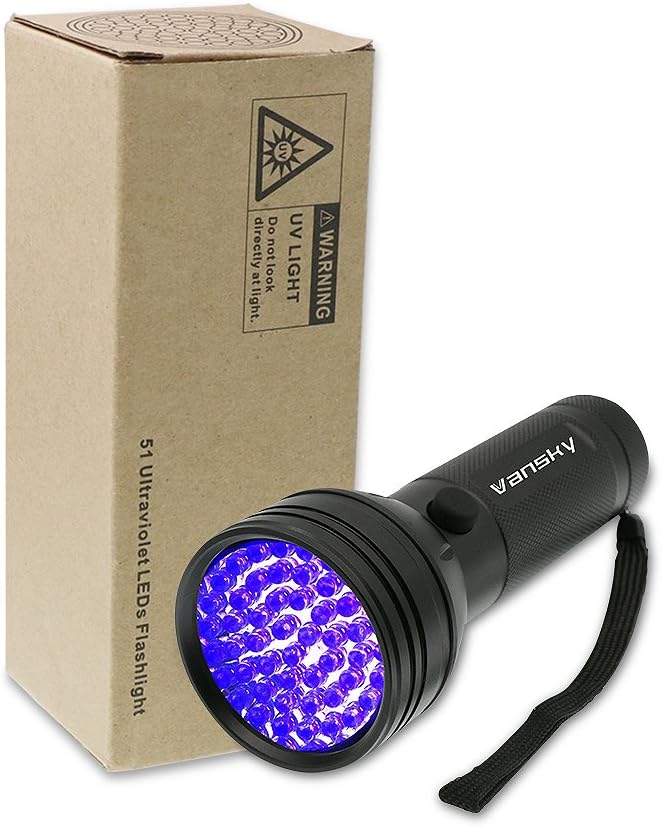 What Can Expect From Vansky Black Light Urine Detector?

– The UV Flashlight can easily fluoresce Dry pet urine and it works on carpets, curtains, furniture & rugs or just about any fabric.

– The black light can find fluorescent whitening agent contained in Baby clothes or your cosmetics.

How The Black Light Flashlight Solves Your Problem?