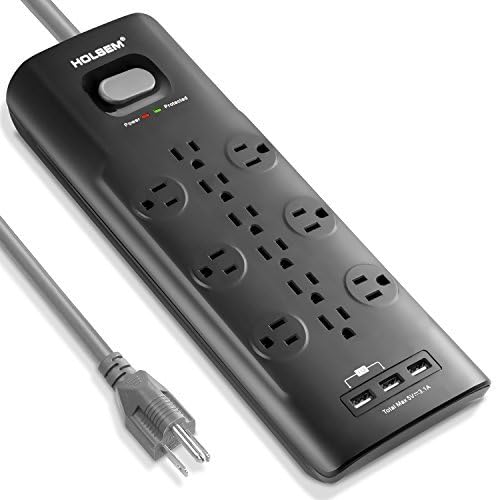 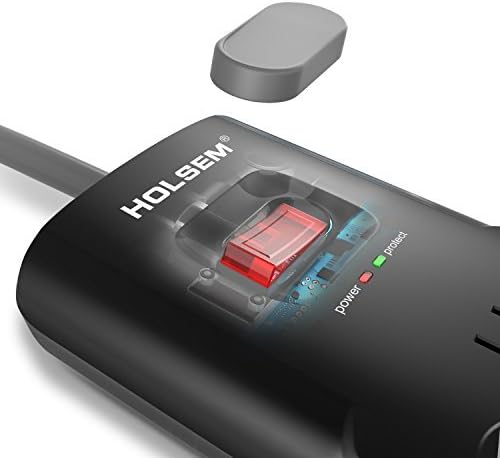 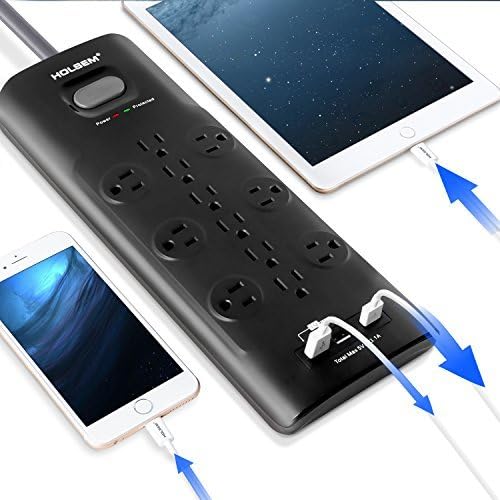 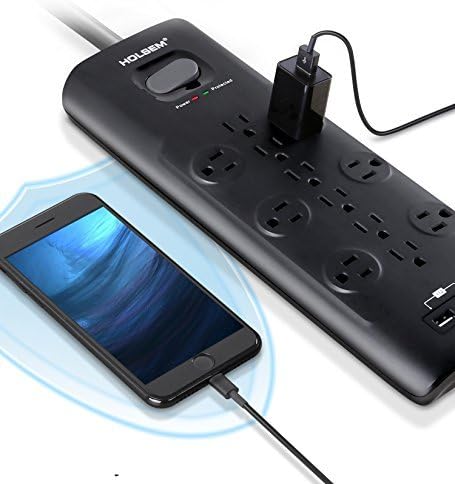 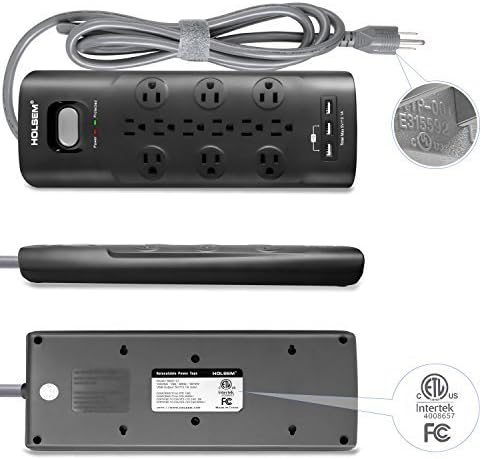 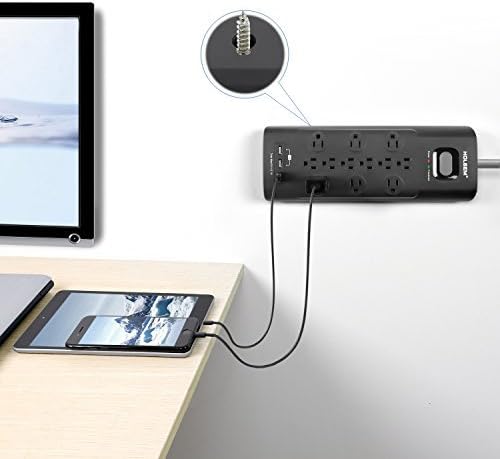 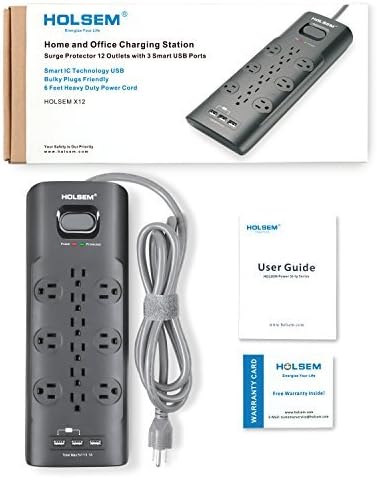 HOLSEM-Your Safety is Our Priority

At HOLSEM, we dedicate ourselves to finding various solutions to an easier, smarter, and more convenient life style. By using the power of technology, we help people realize how much better the life could be.

We discover your needs for simplicity and limitless possibilities, and make products that truly take you there. We strive to provide our customers with premium quality.

And we make sure when we do this, we do it in environmentally responsible ways. 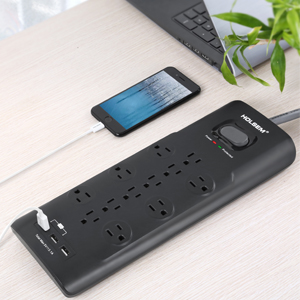 12 x AC outlets and 3 USB ports:6 compactly allocated sockets and 6 widely spaced sockets are ideal for home office and professional workstations.
Surge Protection:Fully built-in 3-line (L-N, L-PE, N-PE) surge protection safeguards your devices from voltage fluctuations, surges, and spikes. The green LED light makes the surge protection function visible and more reliable.
Overload Protection: In the event of power overload (Rated Power:1875W), the reliable Double-Break safety switch will trip off automatically to protect your devices and your home. After one year’s testing and several adjustments by our dedicated engineers, we’ve found the most ideal force level for our Double-Break safety switch, and make sure it won’t get stuck after long term of use.
Heavy-duty power cord: 14AWG cord provides premium protection to your electronic devices and your home/office.
Made of Flame Retardant Material:able to withstand temperature up to 1,380℉(750℃). 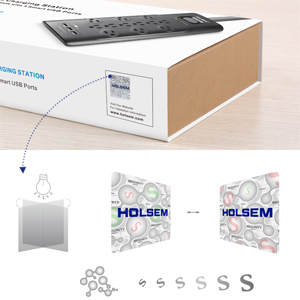 Here is how you can validate your HOLSEM products:

Under the light, when the object is rotated lightly, the image with effect of 3D crystal relief sculpture can be observed with complete 360-degree viewing angles, as well as the effect of the letter ‘S’ zooming in and out.

A sturdy, safe and feature-rich surge protector with a stylish and trendy design 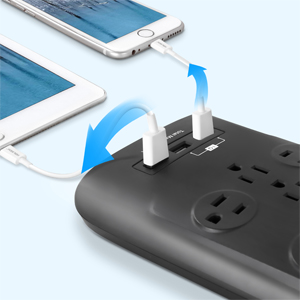 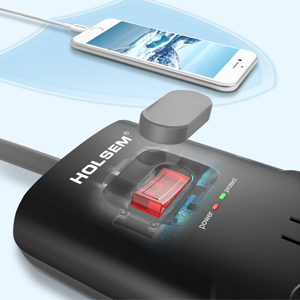 In the event of power overload, the reliable Double-Break safety switch will trip off automatically to protect your devices and your home. The grey switch on top is designed to be perfectly loose, to ensure it won’t get stuck after long time of use. And it acts as a cover for the real safety switch underneath to protect the red switch from accumulating dust or dirt. After one year’s testing and several adjustments by our dedicated engineers, we’ve found the most ideal force level for our Double-Break safety switch. 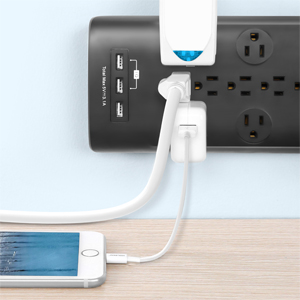 1. Measure the distance between the 2 keyhole slots with the same direction on the back of the power strip.

2. Punch 2 holes on the baseboard with the distance you just measured and insert  two self-tapping screws（ M2.5 to M3.5， MIN length 12mm）.

3. Put the power strip into the screws and then pull it down a little bit. Please ensure that the screws slide into the smaller holes.